Our company "Professional Music Service Co Ltd" is the only one company in Hong Kong concentrate on the dealing in band instruments trading and repairing since 1989. and we had joint as a member of NAPBIRT since 1990.

WHAT IS NAPBIRT?
The National Association of Professional Band Instrument Repair Technicians, founded in 1976 is a non-profit, international, self-governed organization dedicated to technical integrity and professionalism in the craft of repair, restoration and maintenance of band instruments. All officers are fully practicing repair technicians.

NAPBIRT HISTORY
NAPBIRT was founded in 1976. In the '60's and '70's the band instrument repair person was considered to be an undependable individual with problems. The repair person was provided a work atmosphere that was not practical for any other use and generally away from public access. The repair person was a bane to the dealer's existence and considered a necessary evil - certainly not a profit center. Band instrument repair as an organized professional craft is relatively young. It is only in recent years that formalized tools and procedures came into being. In the past, each manufacturer was able to justify (economically) a captive group of technicians who were trained in an apprentice-like program with emphasis on the manufacturer's products. The remainder of the repair people were "handy folks" with standard and some improvised tools, and questionable expertise. As economics made repair work less feasible for manufacturers, repair service began to appear to perform the service in a factory-like atmosphere. From this emerged the professional technician, as well as specialized and unique tools peculiar to the craft. The role of the individual technician became that of professional craftsman. After some years it became evident to independent technicians that as opposed to having 20 years experience, they had one year's experience 20 times. There had to be a better and faster way of doing things if the technician wished to survive. Subsequent supplier seminars revealed that the desire to up-date, continue education, be aware of what other technicians were doing and attain professionalism, existed within the technical ranks. The main element lacking was a formal manner of continuous communication. Forty five people felt that the answer existed in an association of technicians governed by themselves. With that thought in mind, these same people passed the hat and NAPBIRT was born, in 1976. Membership has grown beyond expectation and continues to grow as more technicians are introduced to NAPBIRT. Technician members are located in well over twenty countries around the world. 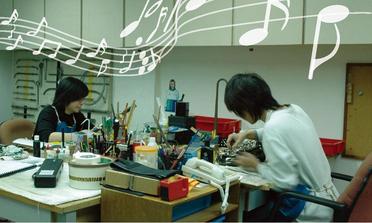